What makes a good conference? The German Speechwriters’ Guild replies

Founder of the European Speechwriter Network, Brian Jenner, recently published an article about what constitutes a good conference for speechwriters. You can read it here. Vazrik Bazil from the Verband der Redenschreiber deutscher Sprache has published a reply, which you can read below.

Brian Jenner gave us the pleasure of his company at our Berlin conference – and promptly commented on it in his newsletter. We are grateful for both: a) his visit, because mutual contacts have now been made and b) for the valuable insights he described of managing and attending speechwriters conferences in Europe and the United States. Politely packaged, his remarks on why speechwriters attend a conference are suggesting that the Berlin conference missed some essentials that make a good conference. 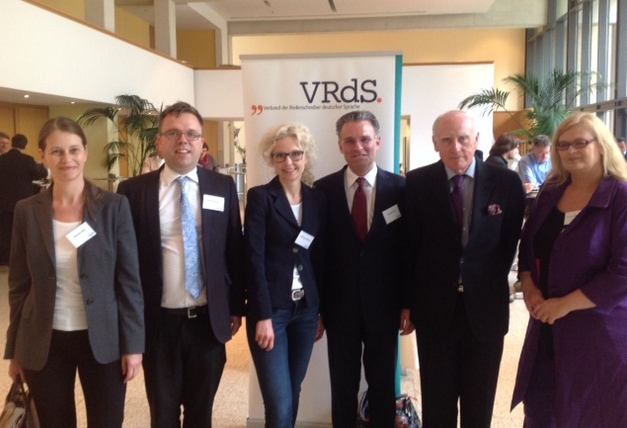 I may be permitted a word of clarification. By no means do we differ over the motivation which does entice speechwriters to attend a conference or join a professional organization. Neglecting this would be a deadly sin. I rather believe that the difference Brian detected lies in the definition of what the VRdS terms “a conference”.

Yes, speechwriting is a lonely job and we enjoy the company of likeminded colleagues. The 450 VRdS members seek and get this experience at our regular annual general meetings and in a number of regional VRdS “circles” up and down the country. We debate subjects of mutual interest, hear how others work and listen to the “insights, the admission of failure, the yarns” as Brian put it. We take up issues such as fair remuneration for our job, the art of winning new customers and matters of ethics etc. Regular contact is guaranteed and the VRdS thrives in its 16th year of existence. We deliver what we promise.

The Berlin conference, however, was a gathering in a series of tri-annual events directed at members and non-members alike, potential customers for the fraternity, the press and opinion leaders with the aim to present ourselves. It is a shop-window rather than an enabling event. We use these conferences to debate complex issues that crop up when writing speeches. The subjects admittedly are on a high level intellectually. But do we not all face questions such as “language and humanity” or the value of tactfulness over political correctness (the Berlin subject) when we sit in front of our computers jotting down proper words for our speakers?

Thank you Brian for your comments. They have been worth your trip. Some points are well taken, e.g. on cost. Most importantly, we got the ball rolling! The exchange of views and contacts with our friends of the UK Speechwriters’ Guild and European Speechwriter network is on. And we are confidently looking forward to more contacts in the future.

Steve Bee is Business Communicator of the Year 2014