Rhetoric is the art of influence, friendship, and eloquence, of ready wit and irrefutable logic. – Jay Heinrichs

In the context of turbulent political events, the 21st UK Speechwriters’ Guild/European Speechwriter Network Leadership & Communication conference will be held at the Norwegian Church in Cardiff, which is next to the Senned, the Welsh Parliament.

We learn what techniques they use, how they craft stories and how they build relationships. We host our conferences in a university environment, enabling speechwriters to exchange ideas, make contacts and build a reputation.

This conference is for anyone wanting to improve their ability to write and deliver speeches.

While the conference is predominantly in English, the techniques will be transferable to other languages.

It’s also for people wishing to improve their company’s ability to communicate ideas.

10am – 4.30pm – Jim Holtje – The art and science of 21st century speechwriting
Click here to download a more detailed description

10.00am – 4.30pm – Matt Greenough – Creative Speechwriting for a Global Audience
Click here for a more detailed summary of the workshop

4.45pm – Tour of the Senned (the Parliament building of Wales) (tbc)

5.00pm Informal drinks and a meal in Cardiff Bay

What you will learn and leave with 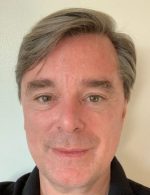 Jim Holtje is currently a professor at Columbia University’s School of International & Public Affairs (SIPA) in New York City (USA) where he teaches an award-winning course in speechwriting and public speaking.

He is speechwriter to the CEO of Siemens’s Digital Industries Group and the organisation’s Chief Technology Officer. During his three-decades-plus communications career, he worked as a speechwriter to the CEOs of IBM; Siemens AG in Munich; Siemens USA in New York; The McGraw-Hill Companies; as well as the head of emerging payments at MasterCard International.

Martin’s writing has appeared in many places, including the Guardian’s Mind Your Language blog and the Macmillan Dictionary blog, and he is also a prolific cartoonist and Twitter commentator (@martinshovel). He and Martha have also made several animated films, including the viral YouTube hit, Busting the Mehrabian Myth. 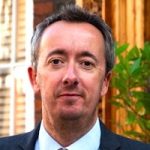 Matt was the Senior Special Adviser in the Welsh Government until 2018. He wrote the keynote speeches for the First Minister of Wales, and has written for Ministers, MEPs, Members of Parliament and Assembly Members. He provides speechwriting training through the Civil Service College in Westminster.

He won the European Speechwriter Network ‘Battle of the Speeches’ competition in 2020. 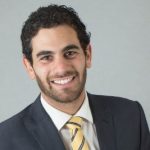 Guy has a degree from Royal Holloway’s Centre for Oratory and Rhetoric. His research was focused on the application of classical rhetoric in modern speechwriting. He runs training courses for political writers in parliament. He has worked with a number of ministerial offices and trained Conservative, Labour, Liberal Democrat, Green and SNP speechwriters.

As well as his political work he has also written for a range of private clients ranging from executives at BP to academics at leading universities.

More speakers to be announced in the coming days…while we do our best to make sure all speakers on the programme will appear on the day, we cannot be responsible for any unforeseen cancellations.

If you prefer for us to send you an invoice instead of paying through Eventbrite, please send an email and we will send you one.

Bookings will not be accepted unless accompanied by payment and cancellations must be received no later than one month (28 days) before the conference if a full refund is to be given.

Cancellations received within 2 to 4 weeks of the first date of conference will be refunded 50%. If you can’t make it at the last minute, you can transfer your attendance to a future conference.

The venue is in Cardiff Bay. Inexpensive accommodation is available in central Cardiff and there is an excellent bus service that arrives very close to the Norwegian church.

There are a limited number of places available at a discount to people in full-time education who are considering a career in speechwriting. Details on application.

Paid-up membership of the UK Speechwriters’ Guild or European Speechwriter Network entitles you to a €50 + VAT discount on the conference fee.

You can apply to join our Linkedin group, European Speechwriter Network

I picked up a lot of useful tips on making my speeches more interesting and appealing to the audience. It also put across the importance of writing for speeches in a different style to writing reports. - Unison delegate

We thoroughly enjoyed ourselves and it was very, very helpful. - Lorraine, LibDems

All attendees and participants felt it was extremely useful and has improved their understanding and skills. They also thought Alan was an excellent trainer. - Simon, Westminster City Council

One of my team came along and found it incredibly useful, I'm looking forward to taking part on the 16th! - Union Official

Just wanted to drop a note to say how fantastic, informative and enlightening the session was last week. I sat there thinking to myself that I could improve on my speaking skills. Thanks again Brian. Just thought I will share this with you. - Anita, Bournemouth University

I've learnt many new techniques and I now have the tools to actually articulate what works and what doesn't and why. - Scrutiny team member, Greater London Authority