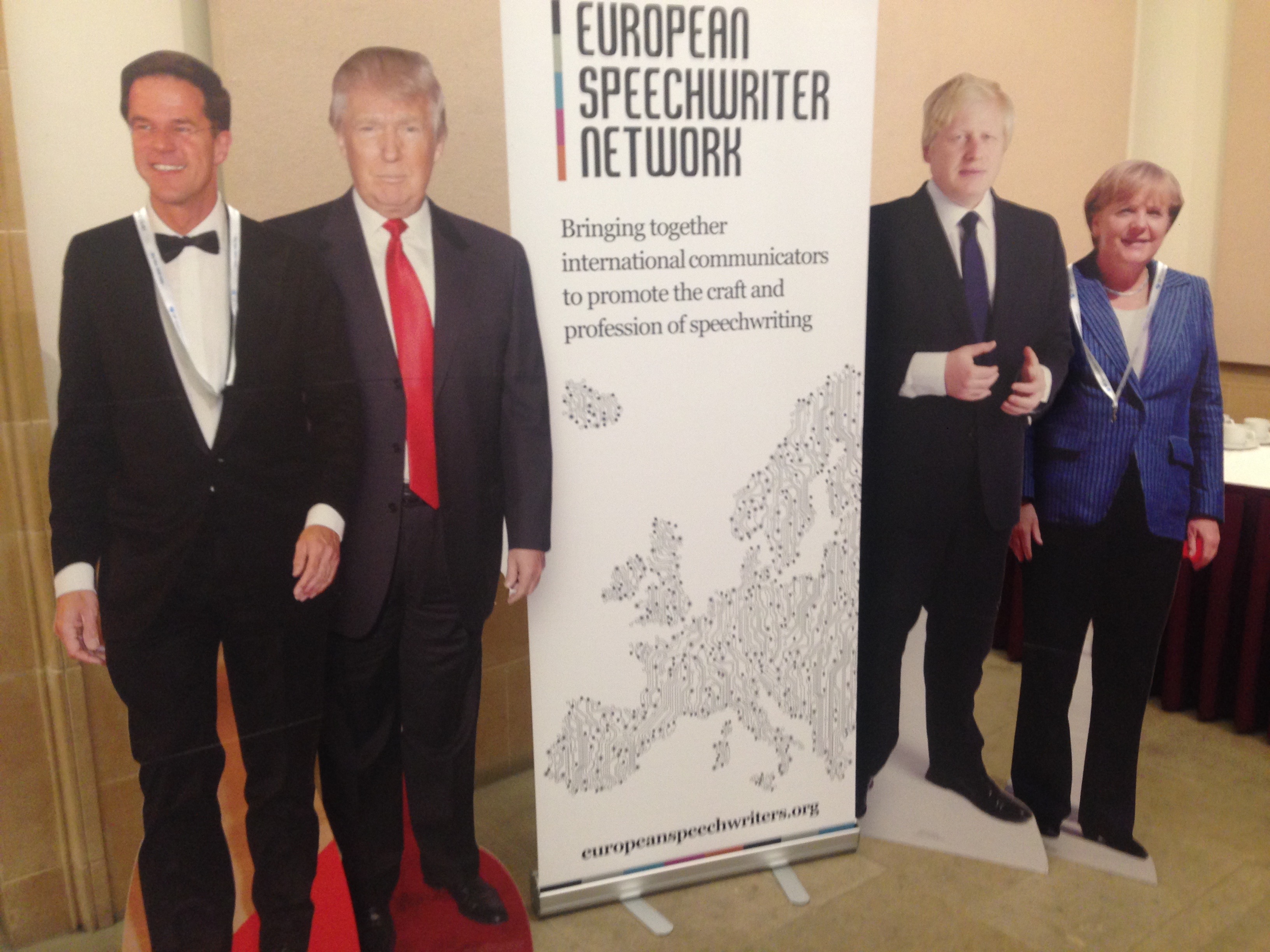 Join us for the Cambridge 2020 Conference

If your job involves writing speeches for top people, don’t miss the opportunity to meet speechwriters from around the world at our 20th Speechwriters’ & Business Communicators’ conference at Emmanuel College, Cambridge from 1-3 April.

It’s an ‘experience’ that will give you new tools to do your job well, more confidence to deal with your speakers and a better awareness of how you can grow in your career. We listen to each other, eat together and host a fun speechwriting competition over dinner.

Felicity H. Barber is the Executive Speechwriter at the Federal Reserve Bank of New York. Felicity started out as a Parliamentary assistant in the UK and then moved to become an in-house speechwriter at the global insurer, Lloyd’s of London, before heading to the US.

David Murray is editor and publisher of Vital Speeches of the Day magazine and the executive director of the Professional Speechwriters Association. He organises the annual US gathering of speechwriters in Washington.

Danny Coleman-Cooke has worked in many UK Government departments and has also developed speeches and books for award-winning actors, sporting icons and CEOs of the world’s biggest companies. He has also gained a strong reputation for writing topical comedy around major events.

Elana Aptowitzer is currently the Head of Speechwriting at Canada’s Department of National Defence, though she is taking a year to serve as the Federal Public Servant In-Residence at Carleton University in Ottowa, Canada, where she is developing and teaching a professional speechwriting course.

Anne Pédron-Moinard was the speechwriter of the Mayor of Nantes. She also is the founder and the president of La Guilde des Plumes, the pioneering network of French speechwriters.

Jens Kjeldsen is Professor of Rhetoric at University of Bergen, Norway. He is co-author of the book Speechwriting in Theory and Practice (Palgrave, 2019) He also works as a rhetoric coach and does CEO-courses in rhetoric, presentations and speechmaking.

Bjørn Berge has been the speechwriter for three Norwegian Foreign Ministers. He has written and published several books, in particular about political speeches and speechwriting.

Pre-conference training will be on Wednesday 1 April.

Eric Schnure began his communications career in the White House in 1993 as a speechwriter for Vice President Al Gore and later served in senior communications roles at the United States Department of Housing, General Electric and NASA. He is co-author of The Political Speechwriter’s Companion, out in its second edition this autumn.

Amélie Crosson is the principal speechwriter for the Government Representative in the Senate of Canada. During her career, she has written speeches for prime ministers, cabinet ministers, governors of the Bank of Canada, and astronauts.

You can save money on the booking fee by requesting an invoice by emailing: info@europeanspeechwriters.org