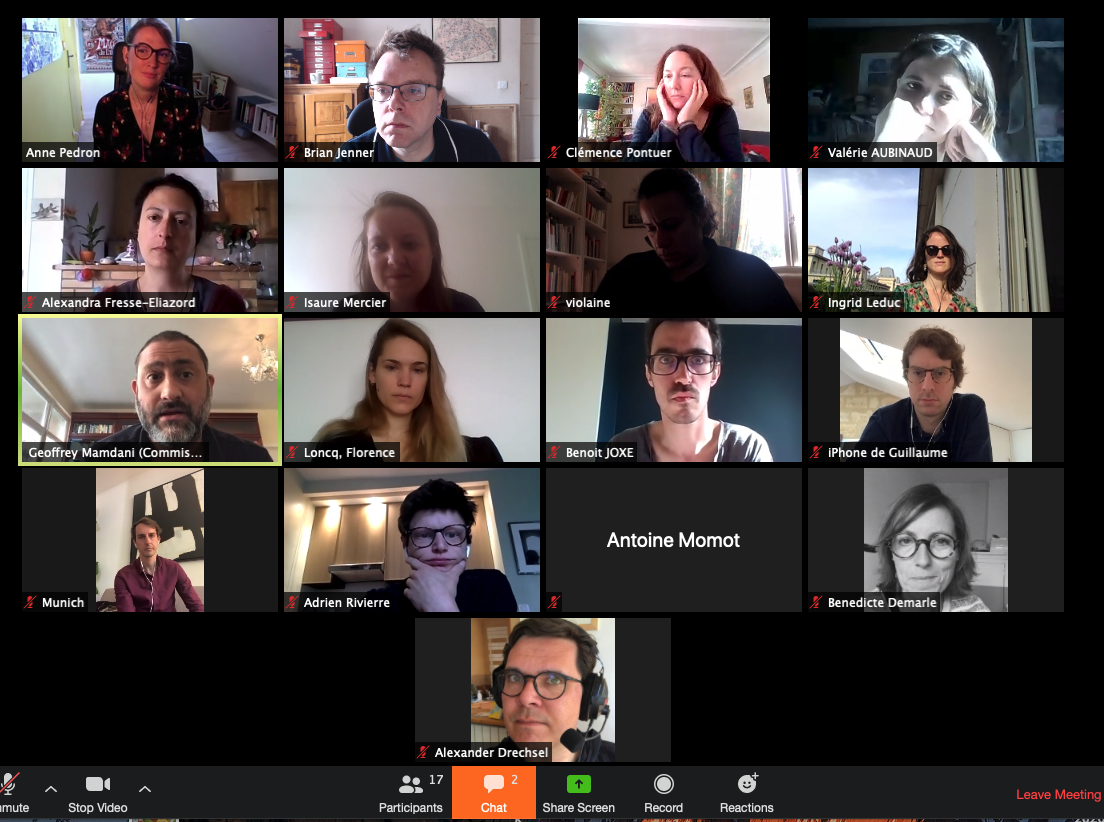 The French speechwriting salon on Zoom

Because of lockdown, we have to do things differently.

Before lockdown, if I wanted to bring speechwriters together that always involved booking a room in London, creating an incentive for people to show up and covering the costs through ticket sales.

At first, Zoom meetings seemed to presage the Apocalypse, but after a few weeks I’ve got used to them and I’ve picked up ideas for formats that I hope will outlast the crisis.

This morning I had my best Zoom conference so far.

The French Guilde des Plumes has only been going for a couple of years, so they jumped on the chance to organise a ‘café confiné’. A 90-minute online discussion about speechwriting.

Of course, they’re not Anglo-Saxon – the conversation is intellectual, it goes on for twice as long as the weekly European Zoom and there is hardly any ‘sharing’ of personal feelings and experience.

Instead they have invited speakers.

Today they invited Stephan Bürklin, a consultant at Brunswick, based in Munich and Geoffrey Mamdani, speechwriter to Margrethe Vestager, Vice President of the European Commission.

We started off with a sublimely abstract question raised by Geoffrey.

Do we find words to fit meanings, or do we start with meanings and then try to fit the words?

This is the sort of problem someone writing for 27 member states using different languages needs to wrestle with.

Geoffrey described how national and local leaders, with their intimate knowledge of their populations, have the upper hand when it comes to communicating messages during these times.

Questions to Geoffrey ranged from how do you create a vision for the future of Europe in ten or twenty years time?

To how are we going to reconcile a European Central Bank that is printing money to solve the crisis with a nation state, like Germany, which has historical reasons for opposing such measures?

An American politician wants to be just like you. While a German will want to quote Hermann Hesse.

An American will want to say big and bold things coated in emotion. While a German will just brush that aside as ‘Hollywood’.

They wanted to know the specifications of products and services, hence their love of Vergleichportale on the internet.

Such prosaic activities don’t lend themselves to poetic visions.

He also said that the Americans were a ‘frontier’ people who told themselves stories about their pioneering efforts.

It was no co-incidence that when the frontier ended in the 1890s, Hollywood began, because that was when America had to keep telling the same stories to itself.

As you can see, it was a very stimulating session, encompassing some big ideas that can help us with multicultural and multilingual communication.

It’s something we can refine and repackage to make our organisations serve our members better after the pandemic is over.