On Friday 8 July 2022, we hosted an online interview with Äse Thomassen, a Norwegian political scientist, who has just published a book, Zelensky’s rhetoric. The book gives some background to the rise of the Ukrainian President, and analyses his strategy of speaking to parliaments around the world.

Thomassen’s book explains how before becoming President of Ukraine, Volodymyr Zelensky was a comedian and a film star. He was a professional actor who mastered the craft of creating a character. Having played a teacher who became a politician, he made an audacious switch to become a real politician. He won the Ukrainian Presidency on a pledge to end the civil war and to clean up corruption. 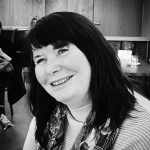 Before the invasion of Ukraine by Russia, Zelensky’s political record during his first years was poor. His election campaign had been backed by Ihor Kolomoyskyi, a notorious oligarch. Zelensky maintained a relationship with this oligarch after his election. He was also identified in the Pandora Papers as someone who has deposited large amounts of money in offshore bank accounts.

When the Russian invasion started, Zelensky was given the honour of addressing many parliaments around the world. His speeches were tailored to appeal to the common values, histories and emotional symbols cherished by each nation. In the UK there were references to the Battle of Britain, in France there were references to Verdun, in the US Congress to the faces of the Presidents on Mount Rushmore.

Previously it’s been rare and a formidable privilege to address a foreign parliament, but in the Zoom era, this is easier to organise and, it seems, more willingly conferred. Significantly, no politicians have been invited to cross-examine the Ukrainian President, something that a parliament is designed to do.

Also Zelensky described the invasion as an attack on Europe. This is not true. The Russians attacked Ukraine. Zelensky would like to widen the war to involve NATO countries, but NATO democracies are very reluctant to get involved in a war that could easily escalate to become a nuclear conflict.

Zelensky has fused speeches with a relentless media and social media campaign. Like the rise of Obama’s, it’s been a whirlwind of well-executed political messaging exploiting the newest potentials of technology. But the waves of emotional support do not allow for counter perceptions.

As Thomassen points out: ‘Propaganda downplays one’s own mistakes while blame and responsibility are passed on to others who are blamed’. 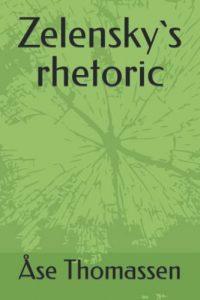 Using the principles of rhetoric, Thomassen deconstructs how Zelensky uses his credibility, emotion and rational arguments in combination, to make his case.

Usually rationality is the key to making a persuasive case. But so far, Zelensky has relied on emotion. The audience is not encouraged to reflect on a very complex conflict, with roots going back to at least 2014 and also as far back as the fall of the Berlin Wall.

Thomassen expresses the concern that the big social movements of our era aren’t on the streets, but hidden behind computer screens.

Zelensky has even made appearances at the Grammys and at the Glastonbury Festival.

But Thomassen asks what exactly is the moral reason for supporting Ukraine? Is it because we are defending a democracy in Europe? The evidence would suggest that Ukraine is not functioning as a proper democracy.

So the moral reason for supporting Ukraine is because the Russian invasion is an attack on a sovereign state. It’s right to applaud the courage of the Ukrainian army in resisting the Russians, but there needs to be a well-informed debate about how to resolve the conflict.

Thomassen points out that Zelensky addresses do not appreciate the dilemmas that Western leaders are facing. To support the Ukrainians requires a huge sacrifice on their part. The economic consequences will be considerable this winter, and this in turn will have an impact on the popularity of Western Governments.

During the meeting, we wondered who was writing Zelensky’s excellent speeches. It is said he has a team of speechwriters, including one of his former comedy scriptwriters. However, some commentators have suggested that the CIA and MI6 have had a hand in their expert drafting.

With his military dress, his demeanour and his sincere gestures, like fingers on his heart,  Zelensky has put in an appearance worthy of an Oscar. But when you create a perception, it needs to match a recognisable reality.

Perhaps unsurprisingly it was hard to stimulate a lively discussion, because of the sensitivity of the subject.

Thomassen ended the discussion by saying, appropriately enough as a Norwegian: the Nobel Peace Prize is very much up for grabs. Where is the international politician who is articulating a vision for peace and reconciliation in this conflict?

Nobody seems to want to audition for that part.

How to use a checklist of speechwriting commonplaces

 What are we to make of Zelensky’s speeches?
Copyright © 2022 European Speechwriter Network. All rights reserved. Website by Europa Studio.