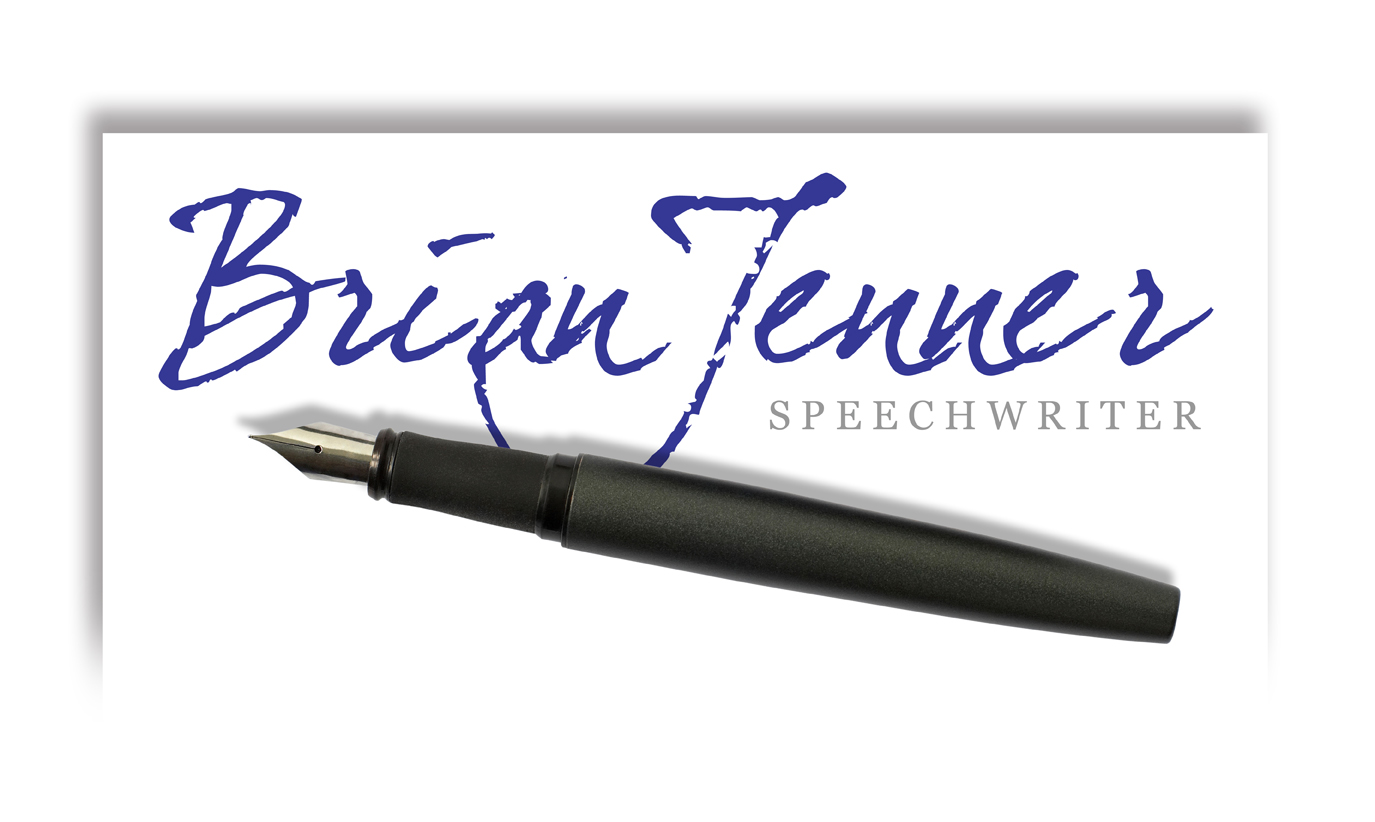 Many people are shocked that speechwriters exist. At first they think it’s a dubious trade. Why can’t top people write their own speeches? Later in the conversation it can be a problem explaining what we do and how we do it.

We asked members of the European Speechwriter Network to take part in a competition to come up with their own definition of what they do.

A speechwriter makes sure that when the speaker finishes, the audience applauds.

Being a speechwriter means you have to understand the detail but be willing to only use a fraction of it – just enough to explain the essential message. You have to take a dry subject and inspire emotions and action. And you have to do all this without ever appearing on stage yourself.

Imagine a box full of pieces from several jigsaw puzzles. Your job is to create a picture using just 100 of these pieces that will be recognisable, that will be memorable and that will change the way that a viewer thinks.

Just sometimes you have a topic, a message and a speaker that can amaze and inspire an audience. The real challenge for a speechwriter is approaching every speech as if it is one of those times.

A speechwriter helps transform ideas and concepts into words and context.

A speechwriter uses the tools of rhetoric to apply lipstick to a pig and then teach it to tap-dance so elegantly that you think you are hearing words of wisdom instead of just ‘oink-oink-oink’.

What do I do as a speechwriter?

The best compliment I got years ago, was from a journalist who was surprised the speaker hadn’t written his own speech. ‘It was totally him, in every single word and gesture’.

That about sums it up: I help a speaker to make a story, tell a story and most of all… show a story. My work doesn’t stop with the last characters on paper, but when the characters have made the paper their own.

A speechwriter is a (marketing) copywriter who sells the ideas of the speaker, following the rules and sequence of persuasion to make a sale — i.e to get ‘buy in’ and action from the audience. The disciplines are the same for speechwriters and copywriters.

Being a political speechwriter is a career paradox… One must be an experienced and confident professional, but who is prepared to stay out of the limelight. One must be an adept networker, and yet prepared to spend days on end working alone. One must read reams and reams of information, and be able to craft it into three punchy bullet points. And above all, while being a communicator, one must be the best listener around.

A speechwriter is someone who puts better words in other people’s mouths.

Speeches are written by we few, we happy few, we band of brothers,

Asking not what should be done for them, but telling them what they should do instead:

For we have a dream.

And although we may have no intention of getting there with them. They, as a people, can get themselves to the promised land.

A speechwriter masters the art of drafting speeches so that they convey the message the speaker wants to transmit to his/her audience in the best possible way, often seeking and summarizing accurate information for this purpose, and finding the perfect wording to reach the listeners.

Speechwriter: an artist with words in the pursuit of clarity of meaning.

A speechwriter clearly conveys the thoughts that are thought by the thinker, equipped with an artillery of literary devices such as cadence, evidence and assonance.

A speechwriter writes speeches in partnership with an audience. The audience brings its assumptions, expectations and desires.

Speechwriters rarely read beyond the opening line of an email; firmly believe that nothing good – such as winning a competition – will ever happen to them; and live in a state of near-constant fear that, yet again, their efforts will go unrewarded and that the plaudits and baubles will go instead to some unworthy foe.

Speechwriters see stories in everything, and they see connections everywhere.

They don’t hijack people’s speeches, and they don’t manufacture words.

They see the whole picture – the speaker, the setting, the message and the audience.

They work to connect all four of those things.

A speechwriter is someone who can make someone else sound like themselves.

 What does a speechwriter do?
Copyright © 2021 European Speechwriter Network. All rights reserved. Website by Europa Studio.