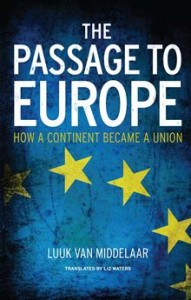 One of my favourite speakers is the Chief Rabbi, Lord Sacks. He’s also a trenchant political thinker. One of his preoccupations is his fear that our societies are falling apart.

He wrote a book called The Home We Build Together, which analysed British national identity and the challenge of multiculturalism. He says the British define themselves with static images – long shadows over the county ground, spinsters cycling to Evensong, warm beer etc. And he explains how British values emerge in schools, universities and regiments, where enthusiasm and effort are frowned upon.

The Chief Rabbi compares this unfavourably with America, where there is a national purpose. America and Israel are nations built on covenants – powerful stories about belonging, like the building of the Tabernacle or rituals like the Inaugural Address invoking the blessing of God upon the people.

The Chief Rabbi thinks that Britain as an idea is at risk. He proposes a programme of ‘nation building’, that means creating institutions and rituals that bring the different interests: religious, academic, political and scientific together to remoralise the country.

Luuk van Middelaar isn’t a rabbi, but he has rabbinical gift for telling good stories and making ideas accessible.

He has written a book describing how several tribes have come together over the past 60 years to build a ‘European’ community, state, union or nation, depending on how you want to see it. He lists three forms of European co-operation: ‘The Europe of States’, ‘The Europe of Citizens’ and ‘The Europe of Offices’.

The ‘Europe of States’ is the principle that European politics has most to gain from co-operation between governments. There is no need for institutions. Sovereign governments pursue peace and prosperity for their peoples through diplomatic exchange.

The ‘Europe of Citizens’ is the principle that state powers need to be transferred to a European government, parliament and court paving the way for a federation.
The model is the American republic, where central bodies exercise power over citizens directly.

The ‘Europe of Offices’ is the principle of transferring functions to a European bureaucracy. A rational bureaucracy will steer the ship. There doesn’t need to be a visionary goal.

The European Union has applied all three principles in its development of its key institutions: the Council, the Parliament and the Commission.

Middelaar’s book poses the question, how has the idea of Europe evolved? And what path will it pursue in the future? He enumerates three conceptions of the Union.

The German way: this is based on promoting shared destiny. The tools to do this include a flag, symbolic coins and pantheon of dead ‘founders’. The mechanism works in the same way as Italy was created. The Italian parliamentarian Massimo d’Azeglio, shortly after national unification in 1860 said, ‘We have made Italy. Now we must make Italians’.

Then there is the Roman way: this builds a union based on rights and freedoms and material benefits like security, opportunities and money. When Margaret Thatcher stated we want ‘our money back’ she broke a taboo about calculating net receipts. The concept of ‘our’ upset the notion of a ‘European’ we. A Dutch Parliamentarian has argued: ‘Money makes Europe visible to residents’ and is therefore, ‘a fine way to generate a European consciousness’.

And then there is the Greek way: debate, drama and democratic representation. We all need to have a say. They created a parliament, direct elections and a conception of citizenship to promote these ideals. We do see drama on the European stage. National politicians have to square agreements at the European table and then their electorates back home. British MEP’s rant and rave at the high and mighty of the Commission. The British referendum, should it happen, will be an important test of the Greek model. What will happen if a nation state decides to leave the Union?

Is there a European identity? Is the association durable? It wasn’t something that emerged as a result of the will of the peoples, it has been built by politicians. What it is has in common with the founding of Israel, is that the peoples have a habit of backsliding and complaining that they were better off with the fleshpots of the past. The Chief Rabbi states often that Europe is dying. A culture of “consumerism and instant gratification” has led to falling birth rates.

He says what we need is a creative and dynamic purpose. Since Europe is formed from the conflict of interests among nation states perhaps it does have a destiny.

Maybe it’s like the Biblical Tabernacle – the sheer fact of bringing together the creative gifts of 27 nations: German fiscal responsibility, French bureaucratic dexterity, British institutional pragmatism, creates something greater than the sum of its parts.

This is a beautifully translated book, rich in ideas and reflections. It’s a meticulous chronicle of the vacillations, setbacks and compromises that have characterised the European project. Luuk van Middelaar writes with panache. He talks of Europe being a campfire, with the member states having to shuffle across to accommodate new members.

He compares the evolution of Europe with the C12th conception of Purgatory as an idea, just for fun. He speculates on what might constitute a European identity, mentioning that a writer once claimed to be able to tell blindfold whether he was in Europe or somewhere else. It turns out Europe can be heard and smelt: barking dogs, church bells and children playing outdoors. As a British person I’m grateful to Middelaar for writing an accessible history, a valuable reference book and an antidote to Eurosceptic newspaper prejudice.

 Where Do We Belong? A Review of Luuk van Middelaar’s The Passage to Europe
Copyright © 2021 European Speechwriter Network. All rights reserved. Website by Europa Studio.