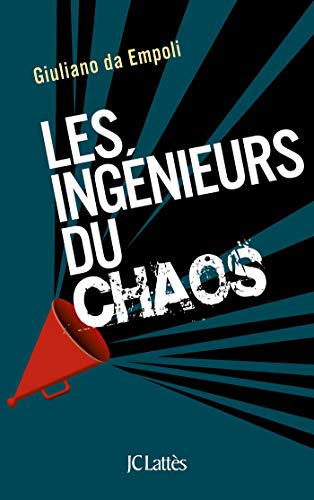 Why families don’t adopt black cats any more, and other consequences of digital populism. A review of Giuliano da Empoli’s Engineers of Chaos

In the last chapter of Giuliano da Empoli’s book on the rise of digital populism, he describes the problem faced by the owner of a cat rescue centre.

The number of black cats that end up at the centre has gone up out of all proportion. What is more, it’s now harder to place black cats in families.

The owner didn’t know why, until a young boy gave an explanation: people don’t want black cats because they look like smudges on selfies. White and ginger cats look much better in photos with their owners.

Characterised by rampant narcissism, impatience and irreverence, the selfie society is changing everything. In his book, Les Ingénieurs du Chaos, (no translation into English yet) Italian political scientist, Giuliano da Empoli describes how spin doctors are using the internet and the mobile phone to challenge our concept of representative democracy.

These political phenomena first appeared in Italy, which is what makes Empoli’s perspective so fascinating.

Empoli begins the book by describing how the German writer, Goethe, on his Italian journey, first witnessed carnival.

Carnival is an inversion of all the natural ways of doing things. You get to dress up and disguise yourself: the noble becomes trivial, the high becomes low, the refined becomes gross. Repression is eased and overt displays of sex and violence are deemed acceptable.

But the convention was always, this only lasts for a few days each year, and then order returns.

In Italy the problems of political corruption and incompetence came to prominence in the early 1990s, and there were revolts.

Berlusconi was a sign of the rejection of the conventional Italian elites, and then came Beppe Grillo and the Five Star Movement.

Empoli describes how a blog became the focus of a political movement. Suddenly the power of internet communication could bring thousands out onto the streets to protest, taking conventional politicians and the mainstream media completely by surprise.

It was Obama who first used social media to win an election, but it was the ideas of polling guru, Arthur J Finkelstein, combined with the reach of new media marketing, which maximised the subversive power of the internet.

Finkelstein was an advisor to Republican candidates in the US as well as Benjamin Netanyahu and Viktor Orban.

This lecture delivered by Finkelstein in 2011, which Empoli quotes, outlines the principles. It is prophetic, especially about Donald Trump.

The way Finkelstein describes campaigning is depressing. There’s no scope for noble amateurism. He describes the total ‘professionalisation’ of politics. The darkest arts applied in the ruthless pursuit of winning elections.

Empoli explains how the chaos engineers like Dominic Cummings, Steve Bannon and the Beppe Grillo’s marketing guru, Gianroberto Casaleggio, used microtargeting to mine anger and resentment and then channel it into political energy.

The populists deliberately filter their messaging to find the most provocative and effective lines, lines like: ‘Take back control.’

In this video you can hear Empoli talk in English about the corrosive effect that mobile phones have on the democratic process.

He also reiterates the idea of how extreme politics is fun for those who take part in it. Like carnival, there’s laughter and community spirit to be enjoyed.

The problem for ‘respectable’ politicians is that they get involved with people like academics who are boring.

Empoli ends his book with a positive message.

In many ways the liberal democracy we were familiar with was linked to Newtonian physics, it was linear and predictable.

We’re now in an era of quantum politics, where nothing stays the same for very long,

Characters change their opinions to whip up their audiences and messaging is contradictory.

Quantum physics is full of paradoxes and phenomena that defy rational science. Nothing is stable and objective reality does not exist.

Perhaps Empoli’s most useful realisation is that it is much harder to talk about ‘facts’ in this new world.

If each person consumes their own media which internet companies aggregate and personalise for them, (If you like this, you’ll like this), you are not going to get people to agree in the same way about the ‘facts’ like you did when there were just three TV channels and a few dozen newspapers and current affairs magazines.

We have to adjust to this new order because it’s not going away.